Bad news Amazon e-mailed me saying the book is unavailable for the forseeable future.
Spock, where the hell's the power you promised?

Most unfortunate, but still some hope for the summer as per John Cooper's obit by Moose on Falcon Squadron:


In a 2010 interview, he expressed a desire to see his work on Johnny Red reprinted. It is very sad to know he did not live to see this, although there is some consolation that his work on The General Dies at Dawn was reprinted in Battle Classics last year. A collection of his first year on Johnny Red is due to be released by Titan Books this summer, and should serve as a fitting tribute to a stalwart of the British comics world since 1966.

And, even worse, it's news from fichin February... pretty much ties in with the Johnny Red notifications via Amazon


Q: Hi Mr Harris. Just a quick query; I have a very big interest in Hook Jaw and noticed that you have set up an entire website dedicated to the Action Comics. I was wondering if you have any knowledge of the copyright stance for HJ or how I might be able to find out? Any info you could offer would be gratefully received! Cheers, James

Copyright for Hook Jaw currently belongs to Egmont UK, in a somewhat complicated arrangement regarding the legacy rights to comics published by IPC, Amalgamated Press and Fleetway, excluding 2000AD. Titan Books held a license to reprint it, and a book was put together a few years ago but never released. I think the licensing deal ended a little while ago. Titan Publisher Nick Landau said they were renegotiating with Egmont, but I’m not sure how that turned out. They’re moving into their own titles, and although their DC Comics deal ended last year, they’re now putting out work from Avatar Press.

I put together a new volume of Johnny Red for them recently, which was still under the old deal, but the planned Best of Action, Hook Jaw, Charley’s War Omnibus Editions and Best of Battle collections I worked on were never published, so perhaps Egmont declined to renew with them.

Chris Smillie did a Spitfire Comics release a few years back, but it wasn’t a very lavish affair, offering no new material or written editorial content. I deal mainly with John Packard at Egmont for use of archive material, but the licensing deals are sorted by their legal department, run by Melanie Leggett, Legal Affairs Manager.

Moose's website and tumblr linked to it are gone and http://www.falconsquadron.sevenpennynightmare.co.uk/ is down. I don’t want to blow anybody’s mind here, but I have a sneaking suspicion that Garth Ennis really, really enjoys writing war comics. I’m not sure what the tipoff was — it might’ve been War Story or Punisher or Battler Britton or War Is Hell or all the stuff with the tank in Hitman — but something about his comics have given me the idea that he has an affection for the genre, and the chops to back it up.

So I can’t really say that it’s a complete surprise that he’s teaming up with artist Keith Burns and publisher Titan Comics to revive Johnny Red, the story of a British pilot fighting in the skies over Stalingrad in World War II, and if history — both Ennis’s and Stalingrad’s — is any indication, it’s going to be pretty brutal. Originally created by Tom Tully and Joe Colquhoun in the pages of the UK’s Battle Picture Weekly, Johnny Red was the story of a gifted British pilot who accidentally killed a superior officer and was drummed out of the service, but decided not to give up on fighting Nazis, and instead signed up with a Russian fighter squadron called the Falcons — hence the name. As you might expect from the combination of a morally compromised hero and a focus on all-out violent battle action, the series was a favorite of a young Ennis, who wrote the introduction to a collection of the original strips a few years back.

Here’s the official solicitation from Titan:

Hitting stores November 4, the explosive new series features original adventures of the fighter ace who thrilled millions and rocketed to status as a classic British comic character in the pages of legendary combat comic Battle, bringing World War II to incendiary life in the finest air warfare stories ever told! Ennis and artist Keith Burns are diving right back into the thick of the period action to present the character to a contemporary audience!
Legendary British fighter ace, Johnny ‘Red’ Redburn, returns once more as the commander of the Falcons – a Russian fighter squadron battling the Nazis in the skies over Stalingrad. But dogfighting Messerschmitts is about to become the least of his troubles when the NVKD – the notorious Soviet secret police – come calling!
“Johnny Red achieves a level of historical detail that I still find remarkable today,” said Ennis. “Johnny’s story is not just one of my favorites but a British comics classic!”
Issue #1 comes with three covers to collect: an art cover by series artist Keith Burns (order code: SEP151621), a variant art cover by Carlos Ezquerra (order code: SEP151622 ) and a blank sketch cover (order code: SEP151623)


Johnny Red #1 will be available online and in stores from November 4.

PS. Footnote to the news above: the Charley's War micro-site lives on here http://downthetubes.net/?page_id=21061, despite more possibly ominous news in the first paragraph ....


Over the last few years Moose Harris and I have maintained the semi-official Charley’s War web site, originally established by Neil Emery, which helped generate enough renewed interest in the World War One comic strip by Pat Mills and Joe Colquhoun to persuade Titan Books to reprint it.
In 2015, hosting problems with the site meant I had to reluctantly make the decision to import its postings and features to downthetubes to ensure its survival.
I hope you’ll find the pages now gathered here about Charley’s War and other war comics of interest.
John Freeman
31st March 2015 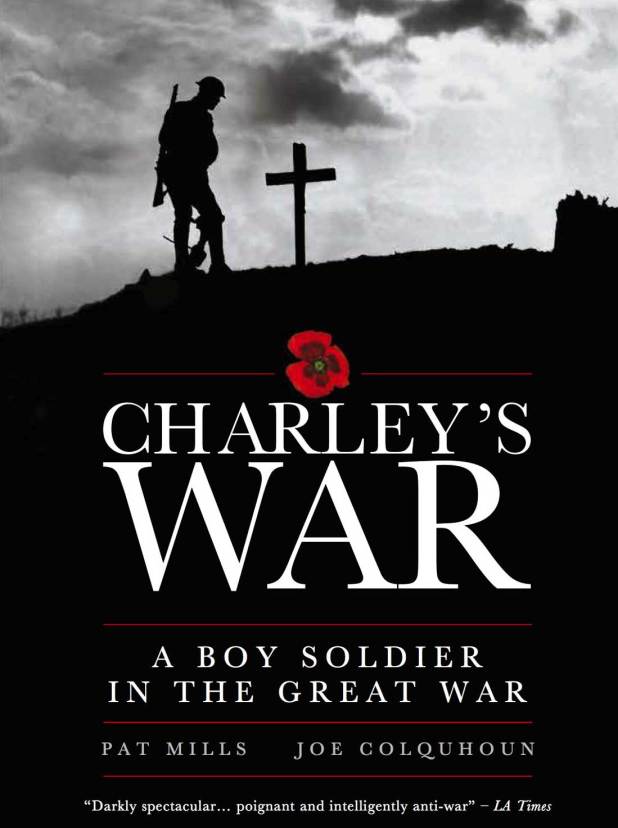 Re Johnny Red, the collected edition that features John Cooper's art, I heard from someone connected to the project that it's taking a little while longer than anticipated as they are having to remaster the colour sections - which is taking a while. Its still in the works.

In other news...I've read the first issue of the new Johnny Red series by Garth Ennis....and it's excellent.
Top

Blimey, I wonder if there is any chance of getting it down under.
Let me tell you, Gunner La-De-Dah Graham, the British Army can fight anything! Intimate or not!
Top 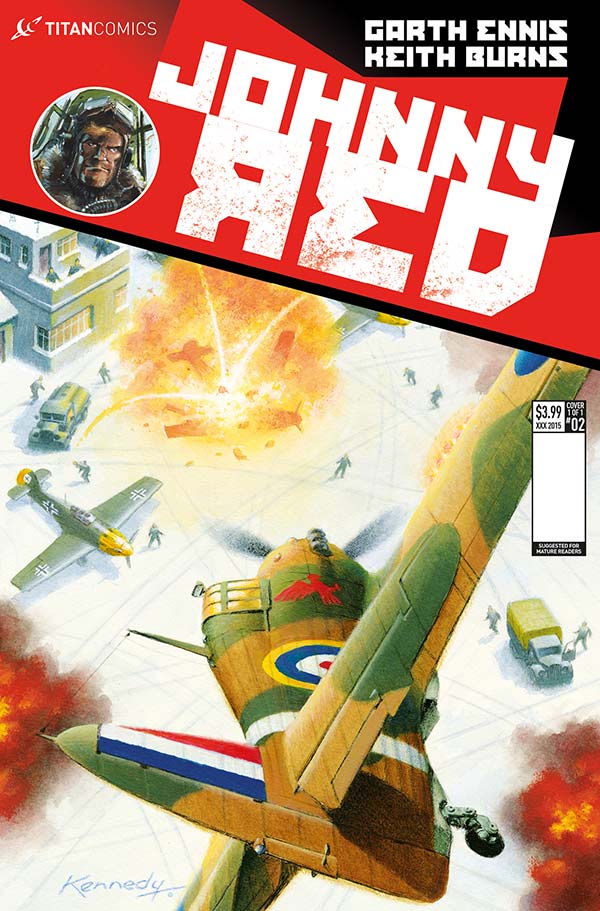 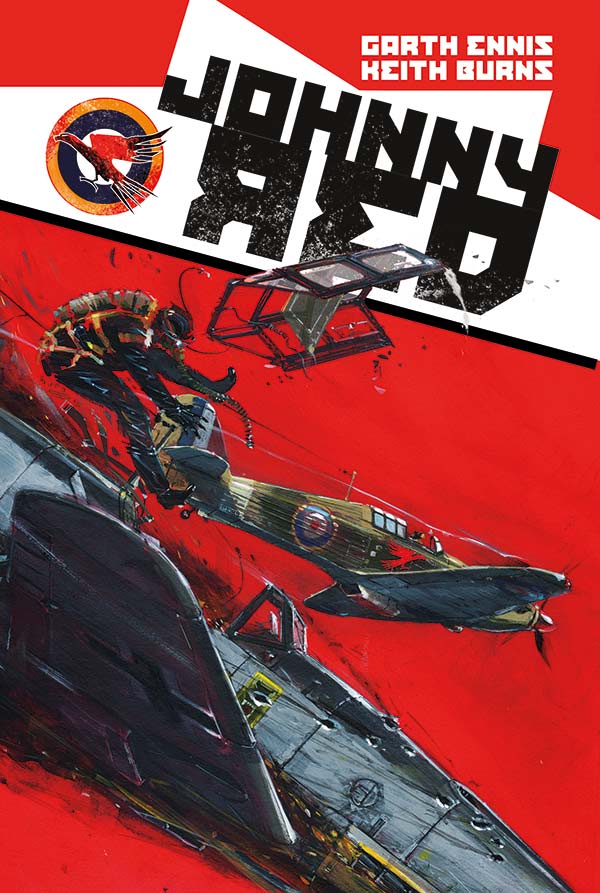 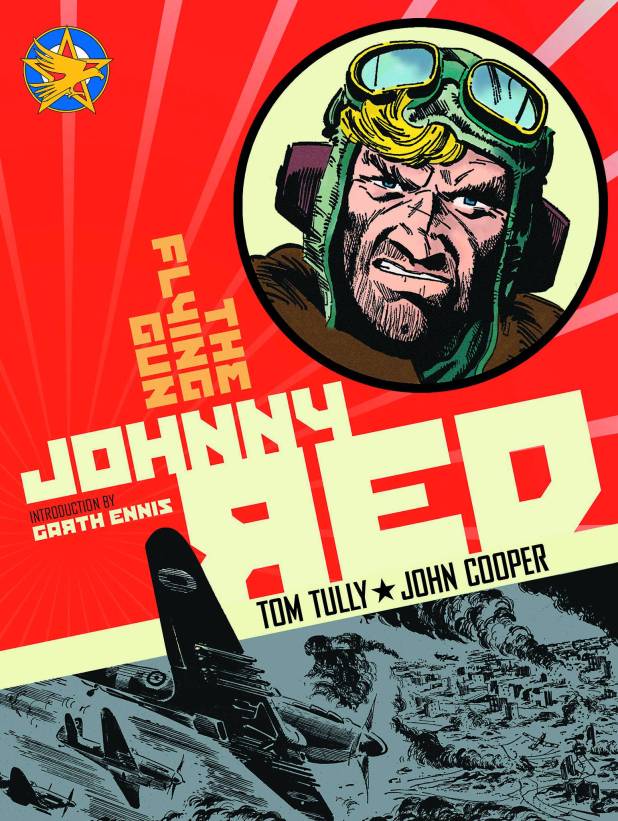 Where did he get all that .303 ammo for his Hurri in Russia?
Let me tell you, Gunner La-De-Dah Graham, the British Army can fight anything! Intimate or not!
Top

http://www.amazon.co.uk/s/ref=nb_sb_nos ... johnny+red New update on volume 4 according to Amazon UK
Spock, where the hell's the power you promised?

That reminds me, I'm still waiting for issue 2 of Johnny Red. Its worth going into the city for.
Let me tell you, Gunner La-De-Dah Graham, the British Army can fight anything! Intimate or not!
Top
Post Reply
35 posts